Robert Lynn McGray comes to us from Yucca Valley, CA.  Military Phony became aware of Bob when he wrote a comment regarding being able to carry (weapon).  Bob states that he was at SEAL Team 5 from 1960-1975, SEAL Team 5 did NOT exist then.  Bob also states that he was injured (we call it wounded) in Vietnam due to combat.  In the comments, Bob is called out.

Looking at Bob’s FACEBOOK Page he claims “100% disabled from US Navy Seals” and that he was a sniper. 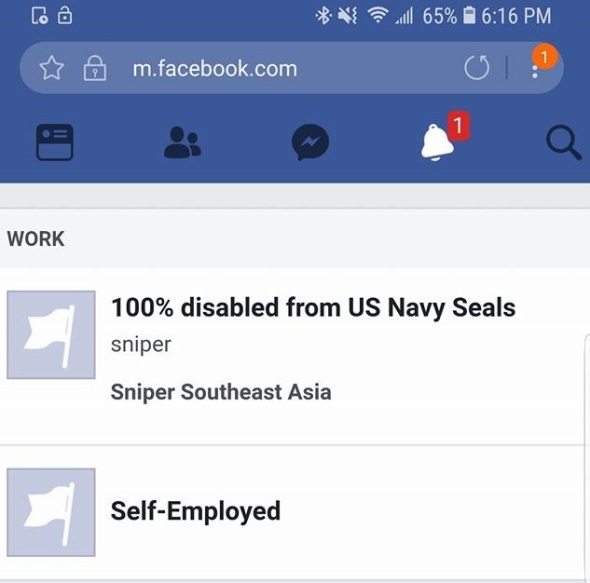 After contacting the UDT/SEAL archives, the Naval Special Warfare Center and checking the UDT/SEAL database we found that there is NO record of Robert Lynn McGray ever completing BUD/S Training or being assigned to a SEAL Team. 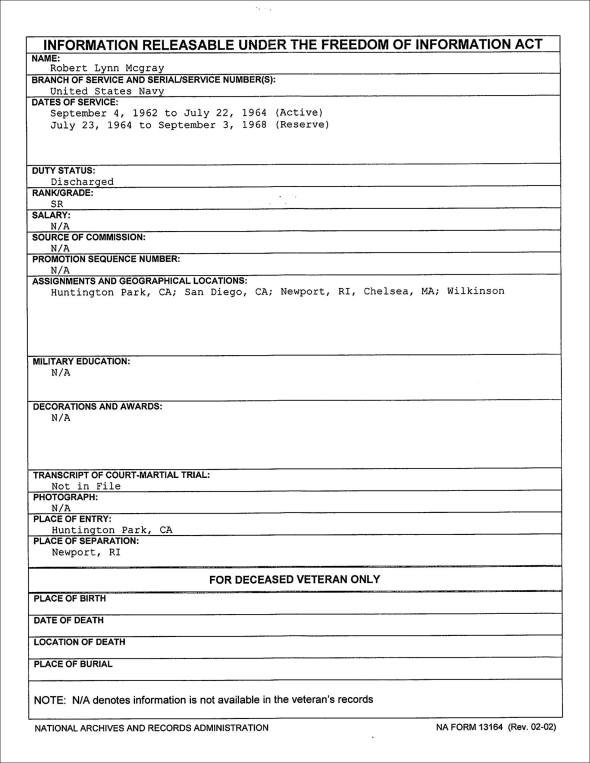 Bob’s Summary Sheet shows that he served less than 2 years of active duty in the US Navy and over 4 years in the US Navy reserves and discharged as a Seaman Recruit (E-1).  He has no awards, was NOT a Vietnam Veteran, NO Purple Heart, NO Deployment, NO BUD/S, NO SEAL Command and NOT a SEAL.