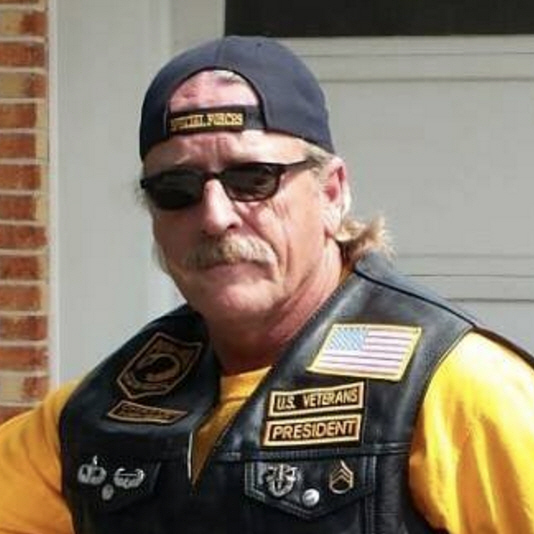 William Wise was a random poser find trying to vet into an Airborne group on Facebook. He claimed of being a 18B / 18D (Weapons Sergeant / Medical Sergeant) Special Forces Operator. Also with his claims of SF, he claimed to be a Ranger, and of course… Sniper. Military Phonies conducted an investigation into these claims mainly because this hero sounded way to good to be true, and if he is on here, you guessed it, he is a poser.

Now we could have considered this just a guy beefing up his service to look bad ass, but upon further investigation and getting back his FOIA request, he’s earned his spot here.

William Wise likes to participate in Veterans events, we can only assume the events these pictures were taken at was a Memorial Day event. Airborne ball cap, and SF t-shirt to add to the lie.

Of course, this is just the icing on the shit cake that is William Wise. In the picture below there is… you guessed it… the biker vest with Master Blaster jump wings, Air Assault, E-6/ SSG rank and the SF insignia. Nice touch with the US Army gloves. 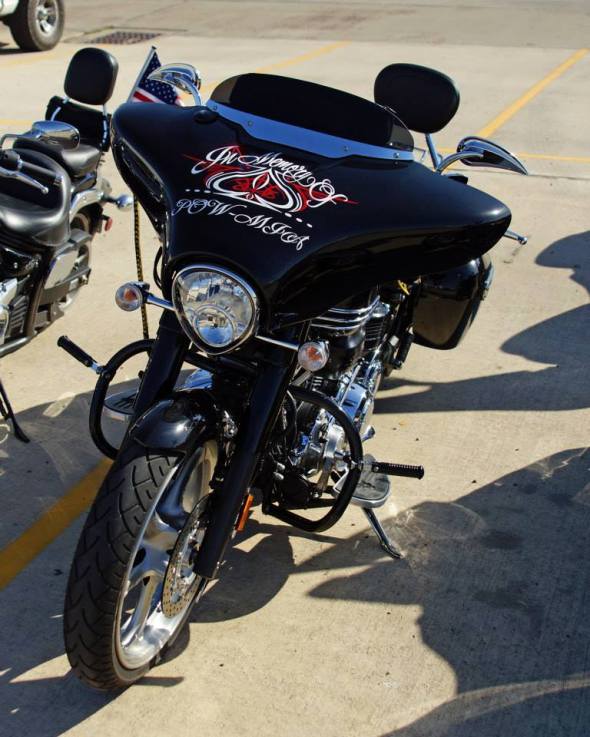 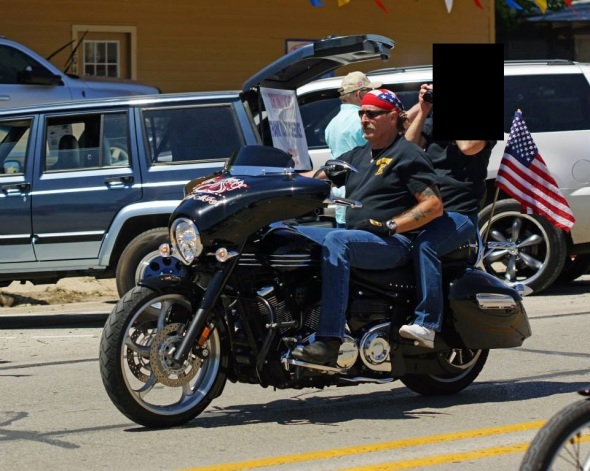 On to the facts! We ordered William Wise’s FOIA military records. This hero did a whopping 2 months from October 1980 to December 1980 and was released from the Army at the high rank of E-1/ PV1. The only decoration he received was the Sniper qualifying Marksman badge on the M-16. ( The Sniper qualifying thing was a joke). His records show he went to Ft. Knox for both Basic Training and AIT (Advanced Individual Training). He did not complete his AIT for the 19D MOS (Calvary Scout) and was released from Ft. Knox after only 2 months of service. We don’t know his discharge type, but seeing as he was put out during AIT we assume he was given an ELS (Entry Level Separation) discharge. 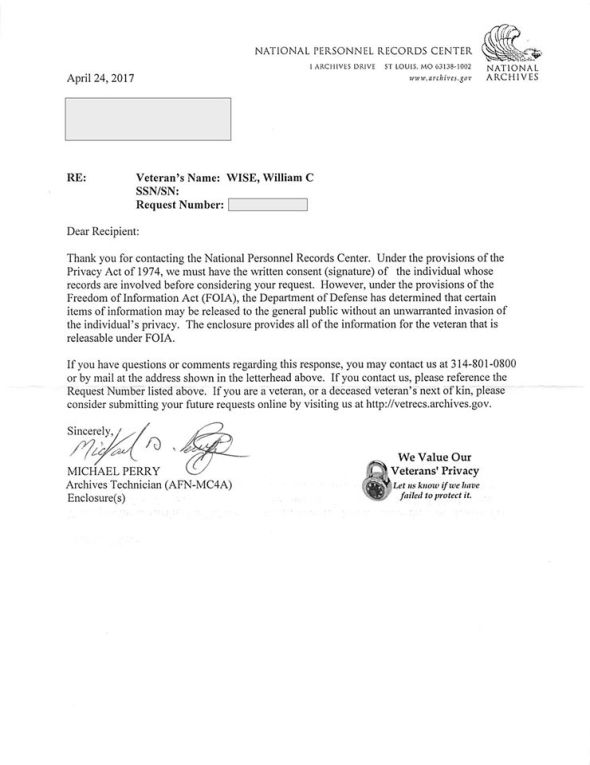 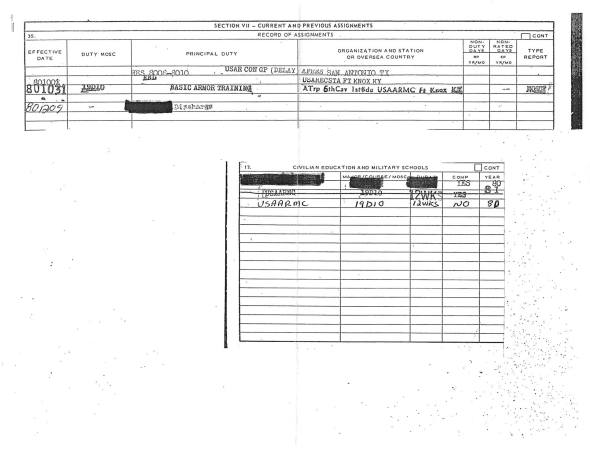 We need to point out one important discrepancy, the cover letter above says ‘William C Wise’, while the FOIA summary sheet says ‘William Martin Wise.’ Both are correct, Wise has been known to go by both, so it’s the same guy.

The records from NPRC do not show any specialized training such as SF 18B / 18D. No Ranger, no Sniper, no Airborne, or Air Assault. It is safe to say that William Wise is a class A poser who has been living this lie for a long time.

Of course. as it is with most posers. Wise has a bit of a criminal background. We singled out these charges because they co-inside with Wise’s supposed time in service. You’ll notice two charges from the same date 12/27/1982. 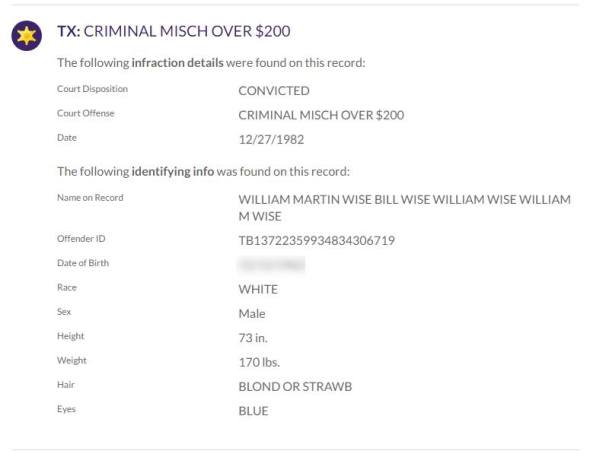