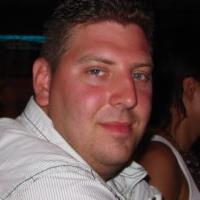 From Saint Peters Missouri we have Joseph McSpadden. Joseph’s case came to us for verification when it was reported that he started intimidating people with his Navy SEAL claims.

It seems that Joe McSpadden claims to be disabled because he was combat wounded and of course, he has a Navy SEAL tattoo. 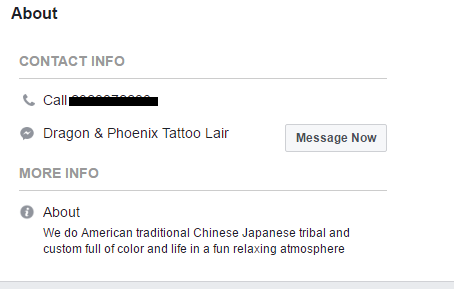 Joseph seems to be an expert on SEAL tattoos. What we really see is some bad advice about getting a Bone Frog tattoo. Here are most of the claims all in one place.

We ordered his official records through a FOIA request. Joseph spent 2 years, 10 months, 2 weeks in the United States Navy. He was an HTFN, E3. Joseph served aboard the USS John F. Kennedy (CV-67). After a brief Temporary Duty for school he was transferred to the USS Roosevelt (DDG-80).  The 14 week school before the USS Roosevelt would have been for advanced welding. It makes no sense that he would be sent to a 14 week school and a new command with only ten months left on an enlistment.

It is possible that he got out for a medical reason but that reason is not a result of being combat wounded or duty with a Navy SEAL platoon.

McSpadden did earn a National Defense Service Medal and the Global War on Terrorism Service and Expeditionary Medal while aboard the USS Roosevelt.

McSpadden was confronted about not being a SEAL. When pressed, he claims that he wears the SEAL Team 7 tattoo for his brother that was killed in action. There is no McSpadden listed in the UDT/SEAL database. He still claims to have been wounded in Afghanistan and that he worked with the SEALs on the John F Kennedy. A look at the history of the JFK and his records for his time aboard the carrier and it is obvious that he is not telling the truth. Claiming dead brother and Purple Heart is pretty low.

It was then that she was unfriended and blocked by McSpadden. Guess it was as he said in an earlier conversation – it was too difficult for him to talk about. 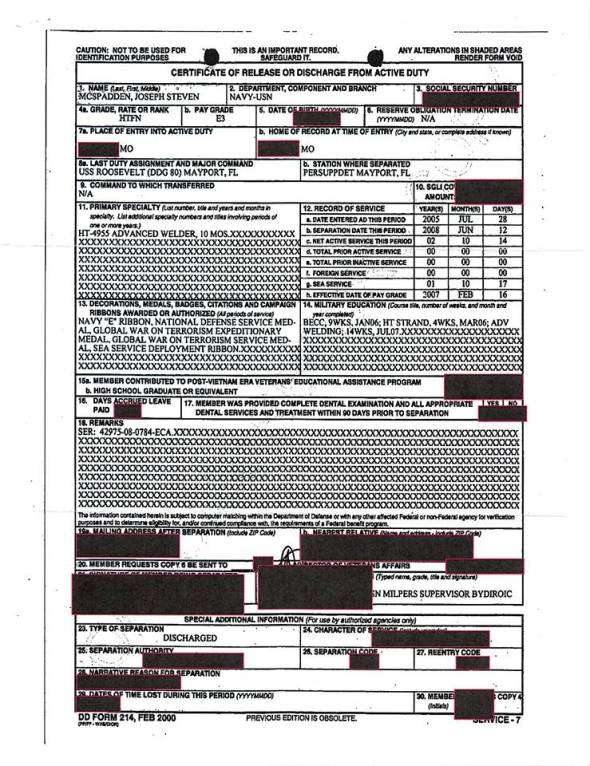 The official military records for Joseph McSpadden do not support his claim of being a Navy SEAL. Also, he is not listed in the UDT/SEAL Database as having graduated SEAL training. There is no listing for a Purple Heart resulting from a combat injury of any kind.  The probability of him being a Navy Hull Tech assigned to an aircraft carrier and was doing combat welding in Afghanistan is essentially zero.   Joey needs to knock it off with his embellishments.