Tom comes to us from the great state of Arkansas. He seems to love the Lord and music and may have wanted to dabble in outing fakes. He requested to join a couple stolen valor Facebook pages and as you would expect, we verify first. Here are the claims

An officer with SEAL Team 5. Interesting, I hope that is not tied into the Vietnam Veteran claims that follow. There was no SEAL Team 5 back then. 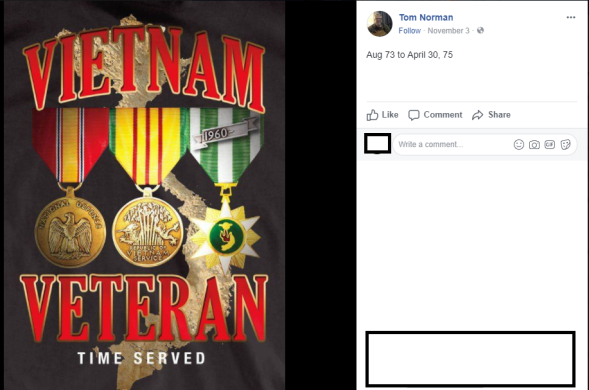 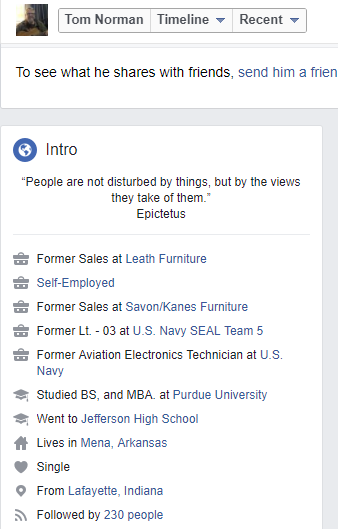 On this timeline it would seem he got to Team 5 before it was commissioned. SEAL Team 5 was an Underwater Demolition Team that became a SEAL Team. Any Frogman worth his weight would put the UDT command on there as well. 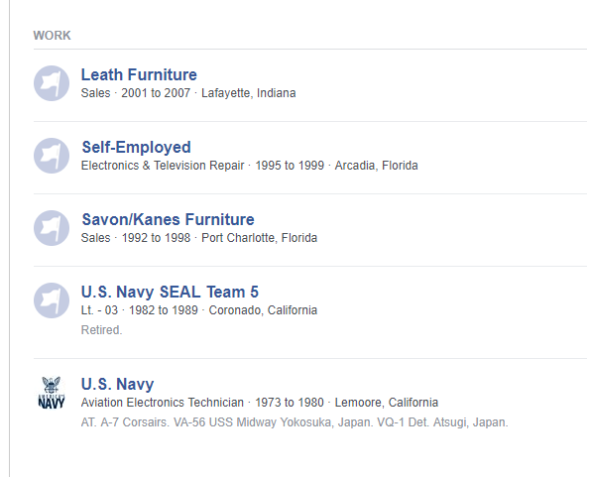 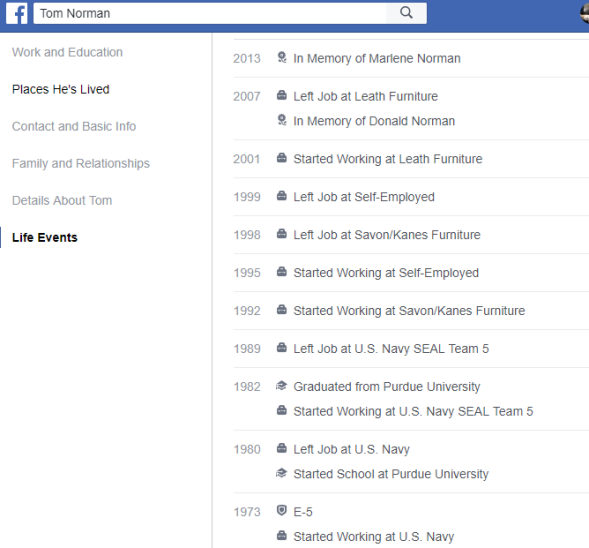 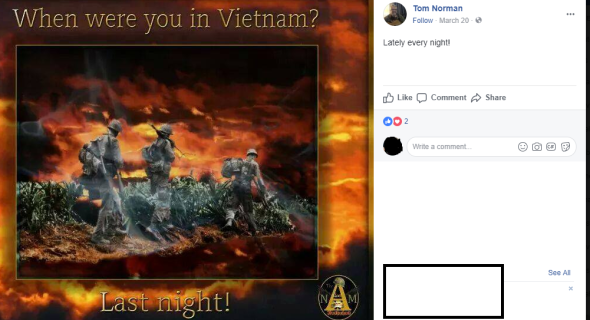 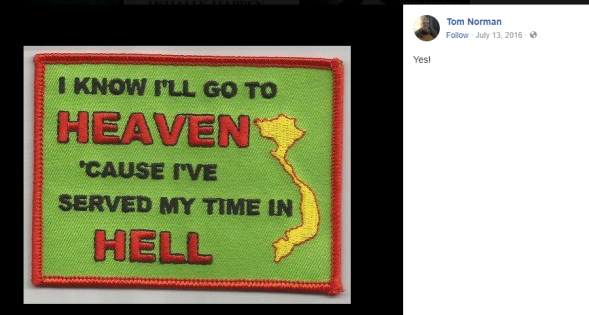 Heavy stuff. Unfortunately we could find nothing in the UDT/SEAL Database showing he ever completed BUD/S. We requested his records with a Freedom of Information Request to get a better picture of who this phoney buster is. 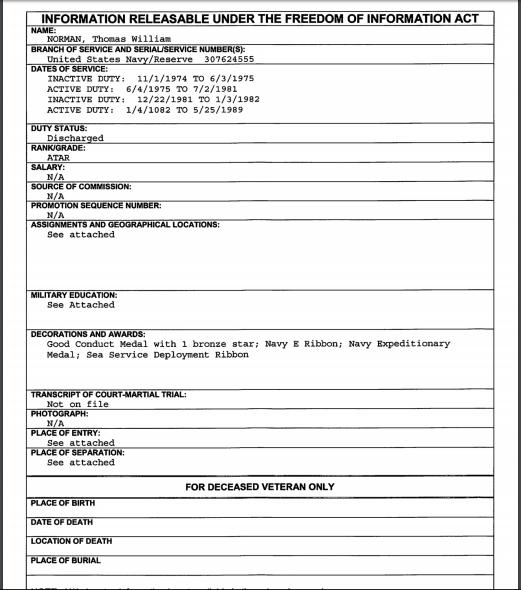 Couple of things jumped out right away. First off is the length of service. It looks like 13 years give or take a couple of months. The second thing is that he got out as an E1. Not really rocketing up the payscale. 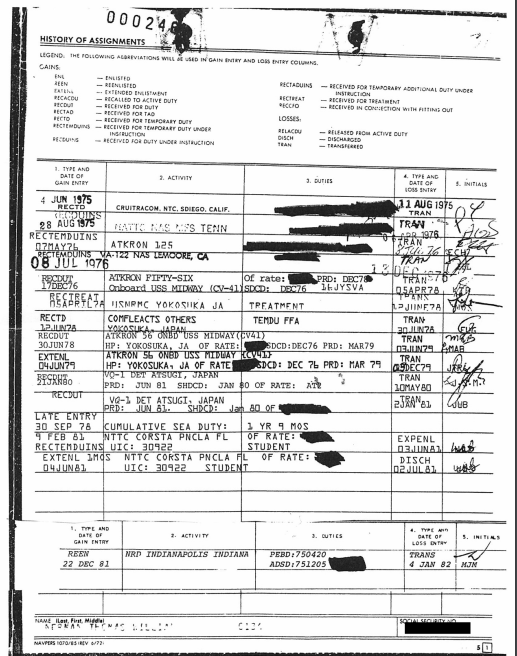 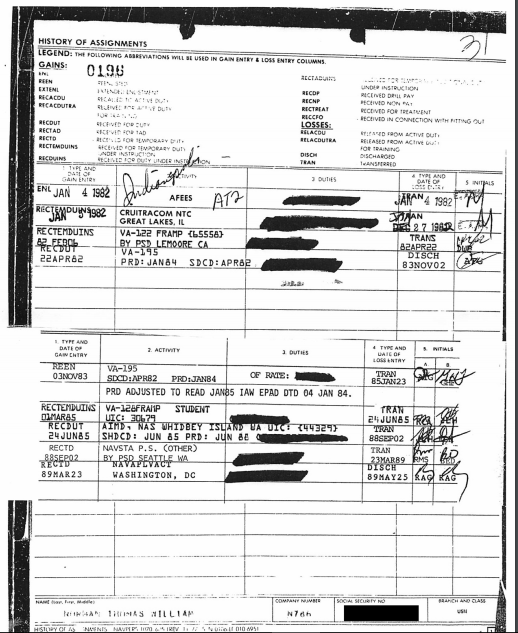 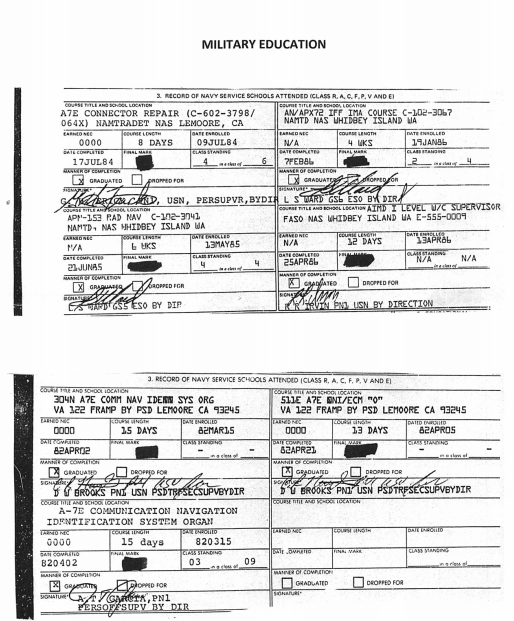 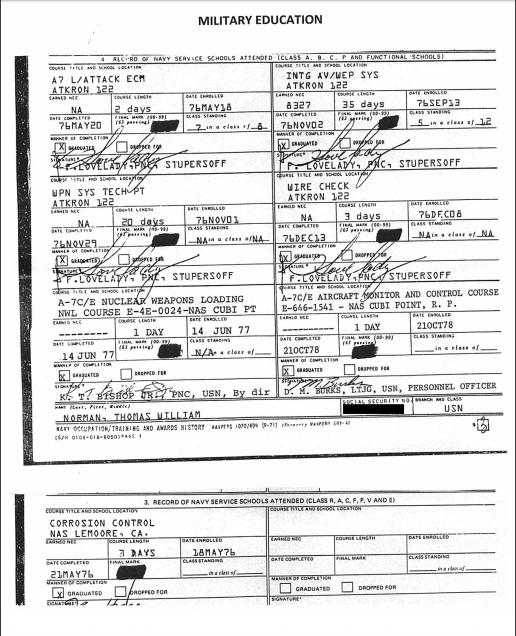 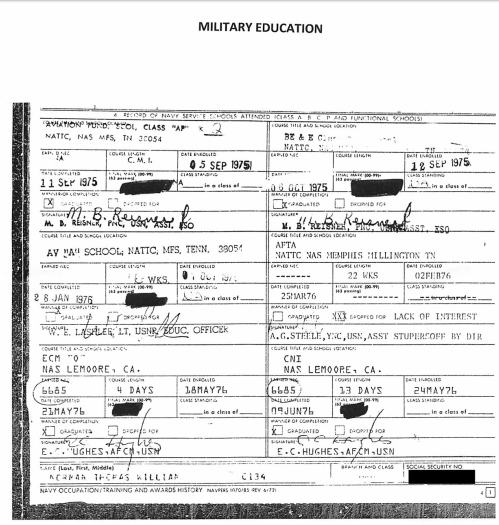 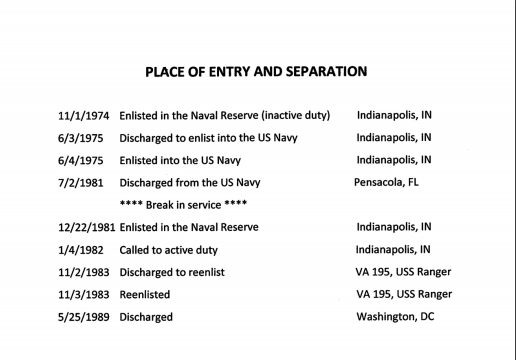 The records do not show any awards or commands associated with Vietnam. His post claiming August 1973 as being in Vietnam is a year before he joined the Navy. His records do not support his claims of having been an officer or a SEAL. There is also no listing or records showing he was ever jump qualified. He must of hurt the knee trying to jump into the stolen valor groups.