Apology comes, then he gets all pissy about it.  Strange way to man up.

The folks at Special Forces Poser Patrol sent in their work on this Billy Oliver fellow. It seems he thought that he could apply for a job using his experience as a Delta Force Operator. 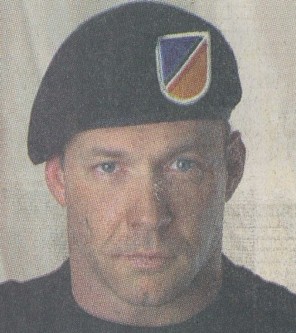 Of course people began to doubt his resume when he couldn’t produce any documentation for his claims.  You know, because it was all so Secret Squirrel it can never be mentioned, except on your resume.

You have to go over to thisainthell.us and see the entire story on his work with the Secret Service and tactical Ninja training.  We thought everyone already knew SEAL Team Six was not the only Spec Ops unit around.  It was nice of him to spread the recognition around.

The followup to this picture he used to document his Secret Service affiliation is priceless.  You have to check it out on thisainthell.us 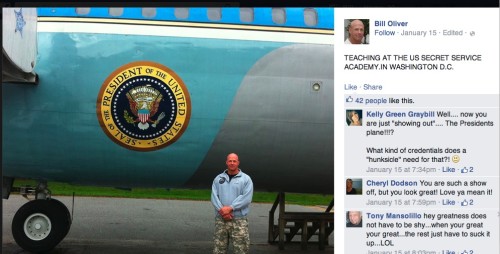 The fine work done by  Special Forces Poser Patrol  resulted in him stepping forward with an apology on his facebook page.  After he was outed of course. 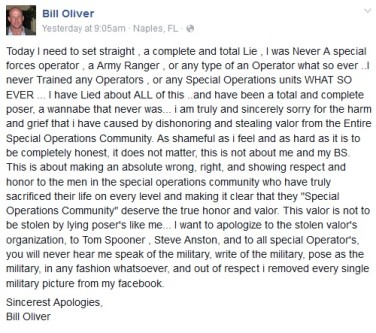 Source: Billy Oliver; phony Ranger/Delta : This ain’t Hell, but you can see it from here