Jack Henry Duncan comes to us from Lake Havasu City, AZ. Military Phonies became aware of Jack from various internet posts.  I will say this one is a strange one.  Jack did have an amazing Naval Career, Jack did retire as a Master Chief (E-9) in the Navy.  Jack did receive various decorations and awards.

This is an article that remembers Jack on Veterans Day.

Jack claims to have become an “under water explosive technician” he says it would be called a “Navy Seal” today.  He also speaks about his killing days.

Here’s another article about Jack.  Looks like he might be claiming Mexican too.  Not sure if there is a Stolen Heritage (SH)… 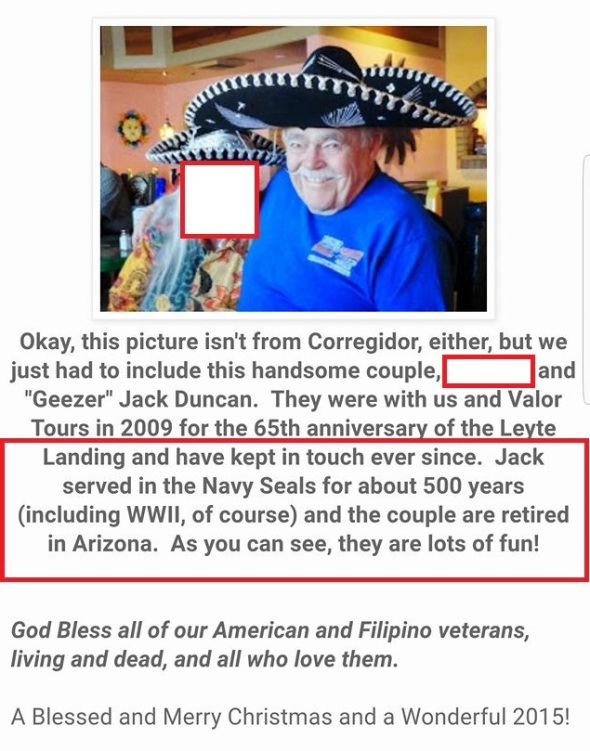 Jack then writes an extremely long article at the PT103 website about himself with various claims – claims of attending UDT Training, and claims of being a Combat Demolition Swimmer. 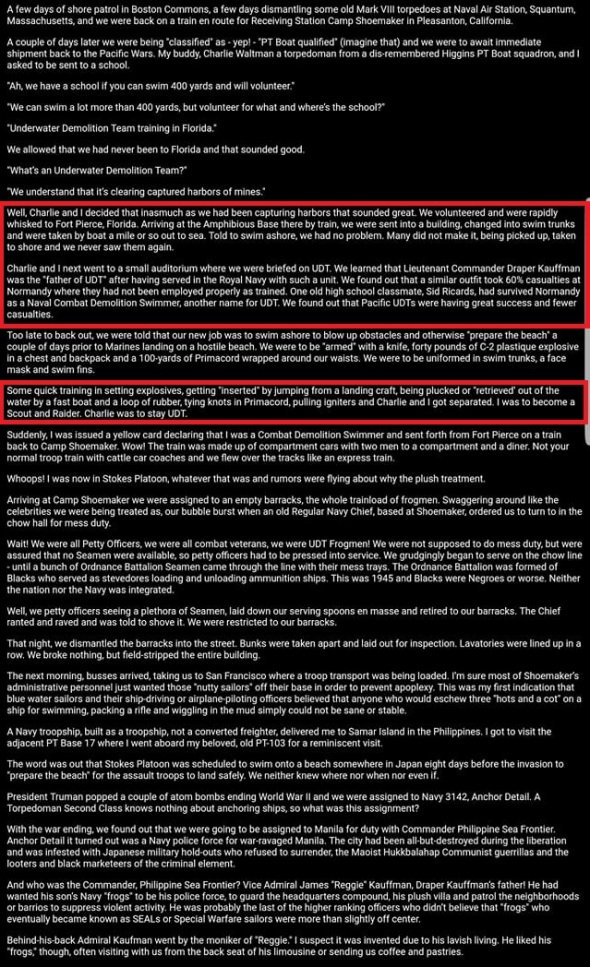 It looks like SOFREP did an article about Jack and printed his story.

At Jacks 60 year High School Reunion they wrote a nice article about him.  Listing him as a former Navy SEAL. 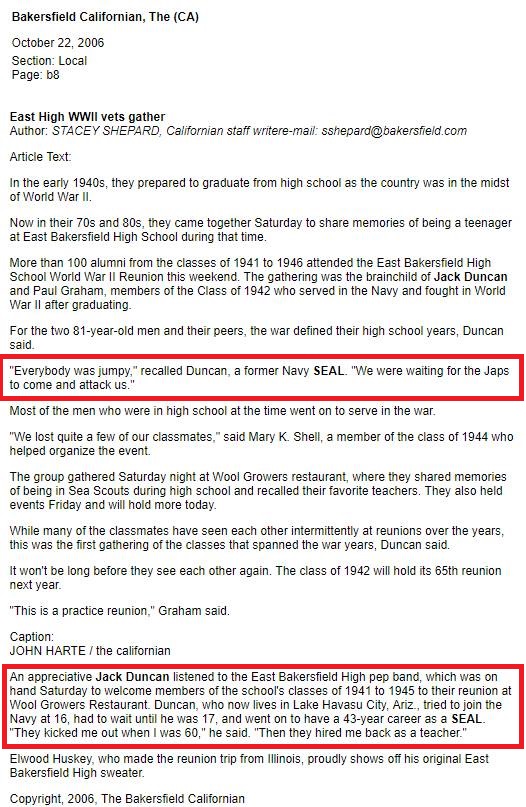 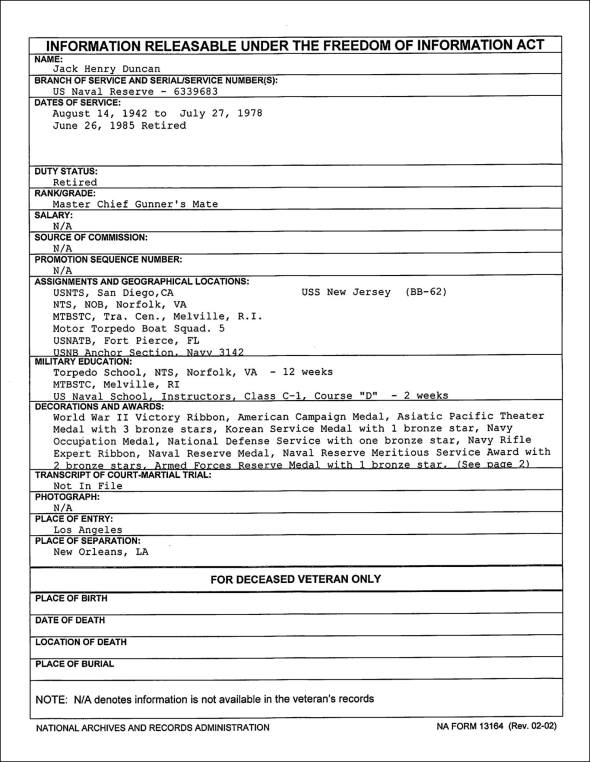 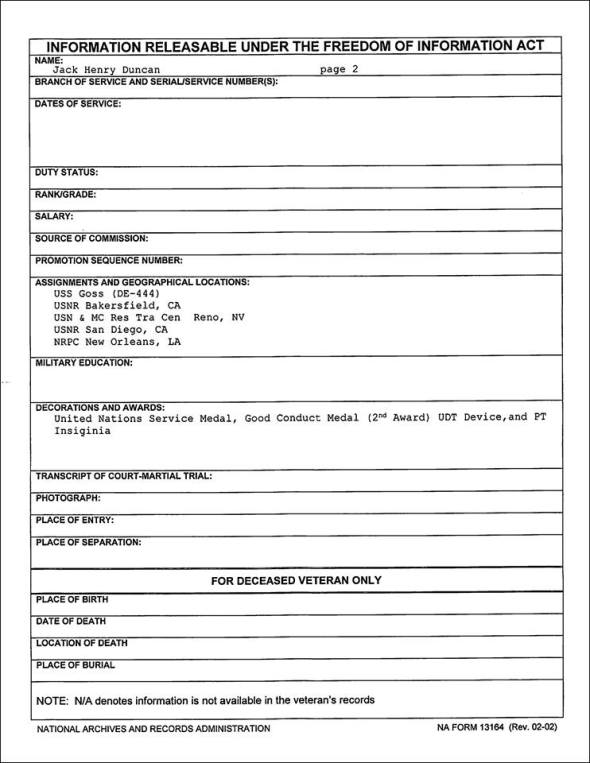 As we previously stated Jack was a Master Chief, earned numerous awards, served in numerous commands and served for over 4 decades in the Naval Reserves.  Jack was in USNATB Fort Pierce, FL but did NOT complete UDT Training.  We checked all sources within the UDT/SEAL database/archives.  Fort Pierce at the time had numerous Naval schools.  The odd part is that on Jack’s Summary Sheet it shows UDT Device which in the 70’s they were shoulder tabs.  There is NO listing of UDT Training or any UDT/SEAL Commands.  In 1983 all UDT Teams converted to SEAL Teams so if he was UDT it would show in his record that he earned the SEAL Insignia (Trident).  Jack was part of the PT community and most likely attended Anti-Aircraft Training in Fort Pierce.  In conclusion, Jack was NOT UDT or a SEAL.

Vice Admiral Kenny Floyd (in uniform) and Secretary of the Navy Ray Mabus cutting a cake with Jack. 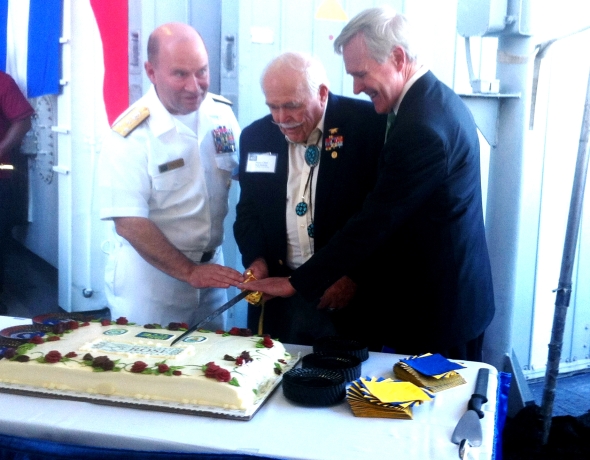 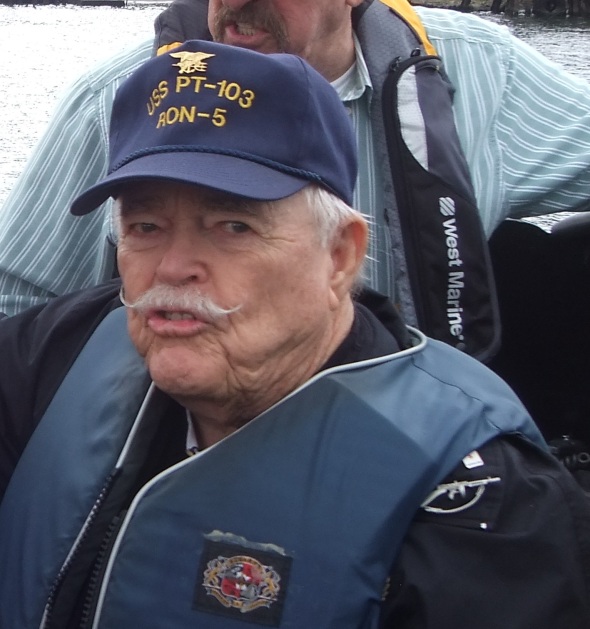