Antonio “R” Rambonga Jr. AKA Tony comes to us from Santa Rosa, CA.  Military Phony became aware of Tony through his social media footprint of being a UDT/SEAL.  Looking at his Facebook profile you’ll see numerous pics of him sporting a silver UDT Insignia and a Silver SEAL Insignia.  For all that don’t know the UDT/SEAL Teams – for an extremely short period in our history Officer’s wore a Gold Insignia and Enlisted wore Silver.  Based on Tony’s pics he must have taken a loan to acquire so much UDT/SEAL and Vietnam flare.   If you are curious, Tony states that he studied Small Boat Patrol and Night Time interdiction at the University of South Vietnam…

So based on Tony’s hat he has the UDT Insignia, Freddie the Frog, Combat Action Ribbon, Vietnam Service Ribbon and a Second Class Petty Officer rank (E-5).  It also looks like he was in the “School of Jungle Warfare!”

Now on Tony’s pic he claims UDT-13 and talks about what he allegedly did in Vietnam.

Tony will give us insight on where you can earn, I mean buy UDT/SEAL crap.  I love how he calls himself a Frogman… 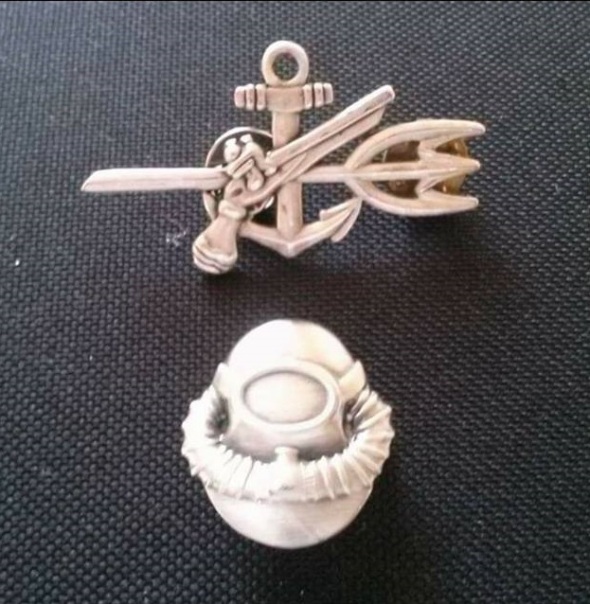 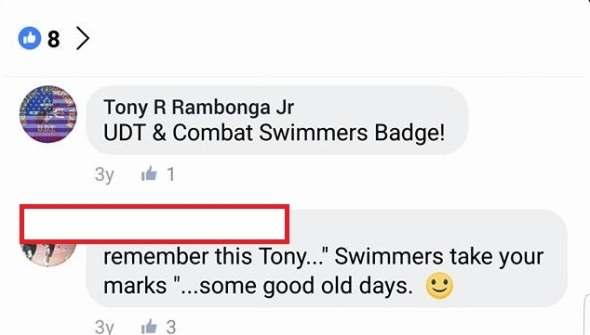 I guess the Medals Store made a lot of money for Tony to decorate his vest.  One of his Facebook friends didn’t know he was UDT, don’t worry neither did the Navy… 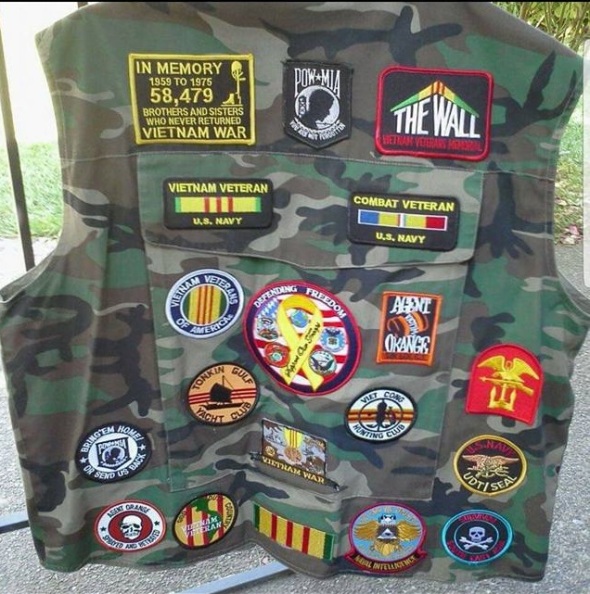 Let’s look at some of Tony’s cool guy pics of him sporting all his UDT/SEAL Flare…. 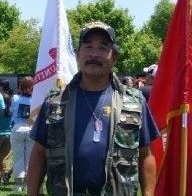 Thank God he is humbled with that inconspicuous vest and hat, no one would ever think you were a UDT/SEAL.

After contacting the UDT/SEAL archives, the Naval Special Warfare Center and checking the UDT/SEAL database we found that there is NO record of Antonio “R” Rambonga Jr. ever completing BUD/S Training or being assigned to a SEAL Team. 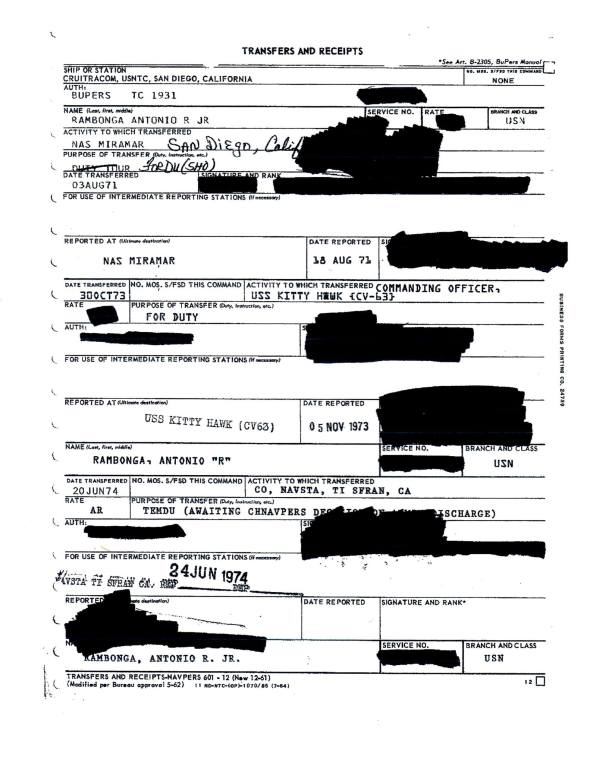 Tony’s summary sheet shows that he served just over 3 years in the Navy and was discharged as an AR (E-1) and only received the National Defense Service Medal.  His first duty station was at NAS Miramar which it looks like shore duty.  Tony’s second duty station was the USS Kitty Hawk, during his time there the USS Kitty Hawk was deployed to Western Pacific Indian Ocean and returned on July 9, 1974, but Tony transferred on June 20, 1974 to be discharged.  Based on Tony’s summary sheet it shows NO BUD/S (UDT-R), NO combat Diver, NO UDT/SEAL Team, NO Combat Action Ribbon, NO Vietnam Service and NO E-5.