Willard comes to us from the great state of North Carolina. It appears likely that he has been telling people for years that he is a Navy SEAL that served for ten years and retired as an LDO/CWO2.  Which is it David?  Thats two ranks.  He also claims that he was in class BUD/S 84 in 1975.   He posted these claims on Facebook. 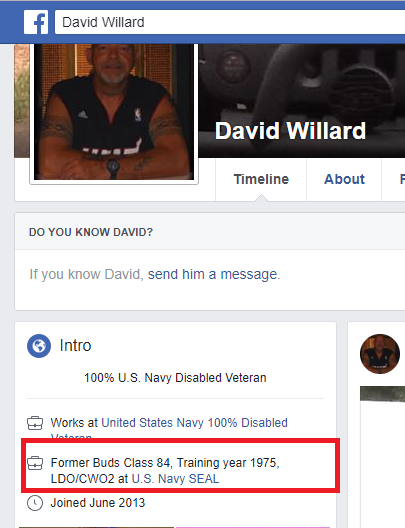 Speaking of Jeeps. Check this one out. Take a good look at the hood of that thing. Totally legit.

Now comes the tear jerker. He posts a couple tributes to fallen SEALs on his page. One was “our” Commanding Officer at SEAL Team Two. 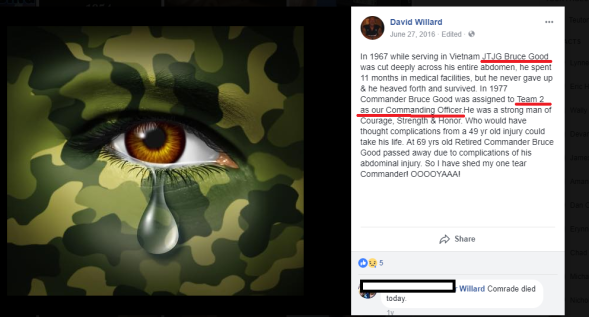 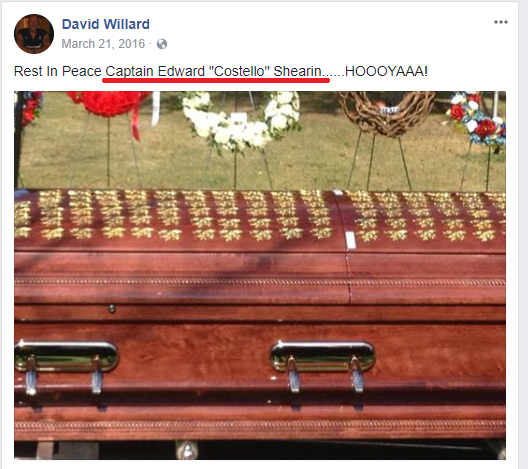 First off (spoiler), neither of the people he mentioned is listed as a graduate of SEAL Training.  I would also like to point out that if you Google “SEAL coffin” that picture comes up around number one.  It is the coffin of a famous SEAL sniper.

The next post shows an immediate family member explaining that David was a SEAL.

Another post with someone believing he is a SEAL. David goes with it. 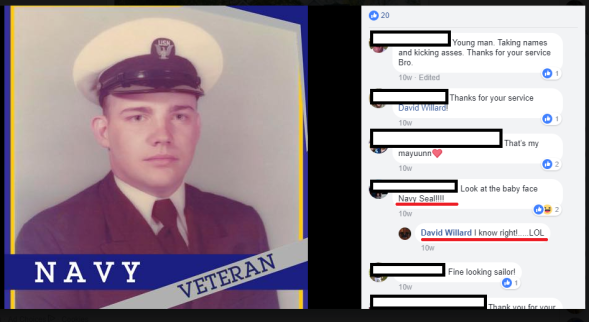 Here are two posts where he describes his service and duty stations. Ten years active and six in the reserves.  He also claims to have been onboard when the movie “The Final Countdown” was filmed.  I can’t really confirm or deny that claim but I can tell you that movie should have broken the 17 million mark in theaters.  These posts are 7 years old showing he has been at this awhile.  He also claims the rank of CWO4 in this post.

After checking with the UDT/SEAL Database, we were able to determine that David Willard did not graduate with class 84 or any other class.  We filed for his records using a Freedom of Information Act Request. 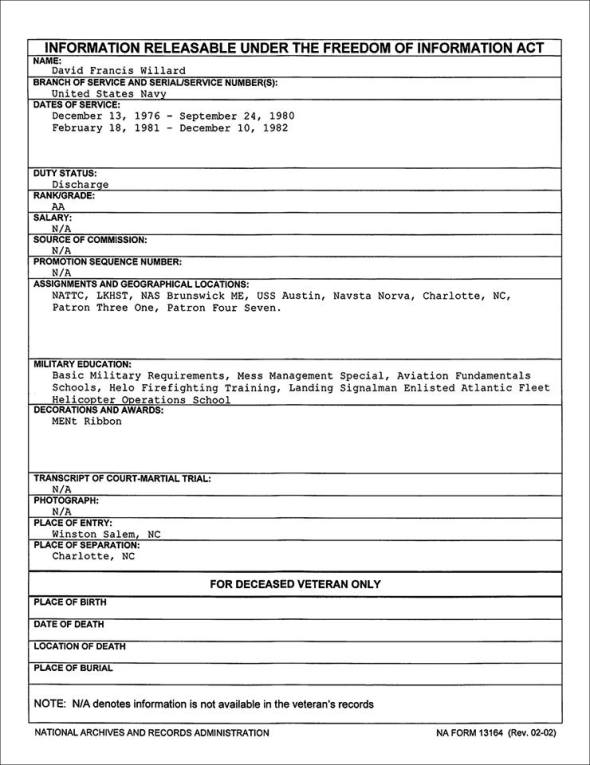 David Wallard served under six years in the Navy.  He left the service as an AA, Airman Apprentice, or E2.  Looks like he did a Mess Management Course and then an Aviation Fundamentals school.  No record of any schools that are associated with SEAL Training.

He also talks about his service here.